Hello again! It has been a week and we still haven’t been formally introduced! I’m Remco Kranenburg, and I’m implementing a virtual keyboard for xrdesktop this summer, for GSoC 2021. In this post I’ll talk a bit about the project and show some initial results. But first, a screenshot! 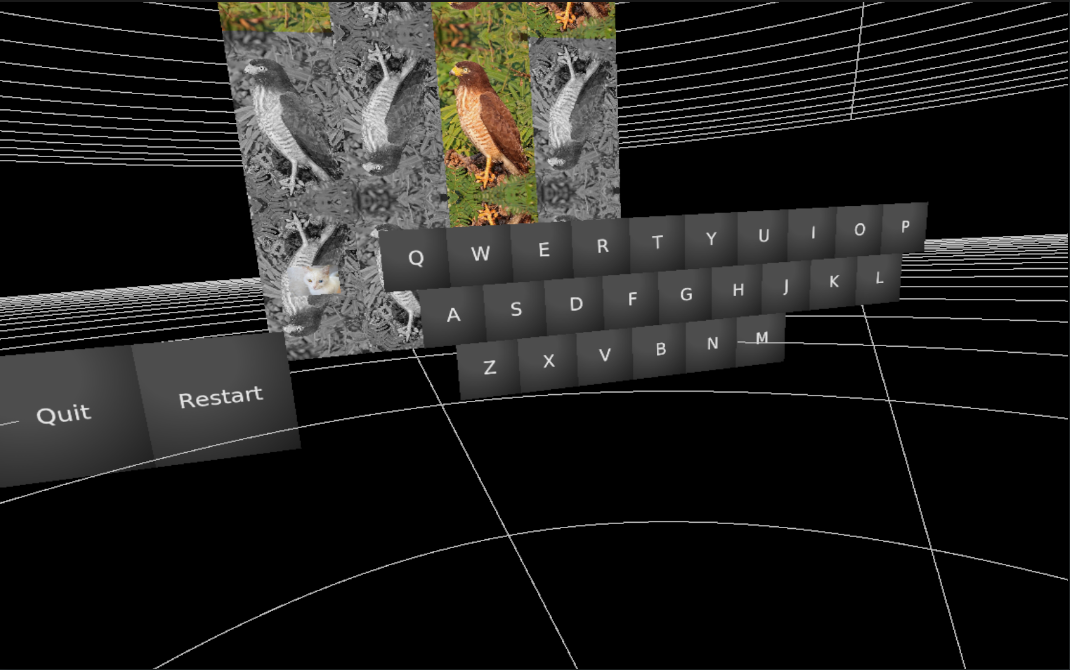 xrdesktop is a project that brings your Linux desktop into a VR space, with support for KDE and GNOME. It is written in the form of a GLib library. You could easily write your own VR window manager, in theory in any language (though language bindings are currently not finished).

During GSoC 2021, that is exactly what I will implement. The project is divided into three broad milestones:

The first milestone is the important one, since it enables text input in xrdesktop at all. Any of the other modes are nice-to-have, but those are the modes I’m personally most excited about!

It was quite a rush to be able to make that first screenshot! In fact, I was so excited that I forgot to make a ‘C’ key.

Let’s look a bit into the structure of the xrdesktop project! xrdesktop is in the middle of a major refactoring currently, with much of the code that is not desktop-specific being moved out to a separate namespace called G3k. It should result in a very easy to learn system, but right now it is a bit of a mess.

The project uses Vulkan to draw graphics and OpenXR to interface with VR hardware. Instead of writing directly against these APIs, two GLib wrappers were created: Gulkan and GXR. GXR used to have support for both OpenVR (SteamVR, basically) and OpenXR, but the refactoring simplifies this to just OpenXR. We also have a vector math library called graphene, which provides your basic matrix operations. Then there is G3k, which you can think of as Gtk for VR. It should provide things like buttons, containers, stuff like that. I say ‘should’, because it is only a few days old at this point! Finally, there is xrdesktop, which contains the code that positions your desktop windows in VR.

At first, I created a class XrdKeyboard (more on how to create classes with GLib in an upcoming part 2 of Getting Started with GLib), but it seemed like this was the wrong level of abstraction, so I renamed it G3kKeyboard in the end. But because the refactoring is not complete yet, it still depends on XrdClient for now. This is also true for G3kButton, which is implemented as an XrdWindow at the moment. The buttons of G3kKeyboard are currently XrdWindows, but that will surely change in the future.

Currently, when you click on a key, it prints a message to stdout. Next up, I’ll read up a bit more about GObject signals and properties, so we can connect the keyboard events to the active window. Let’s end with another screenshot showing our amazing VR stdout printer! 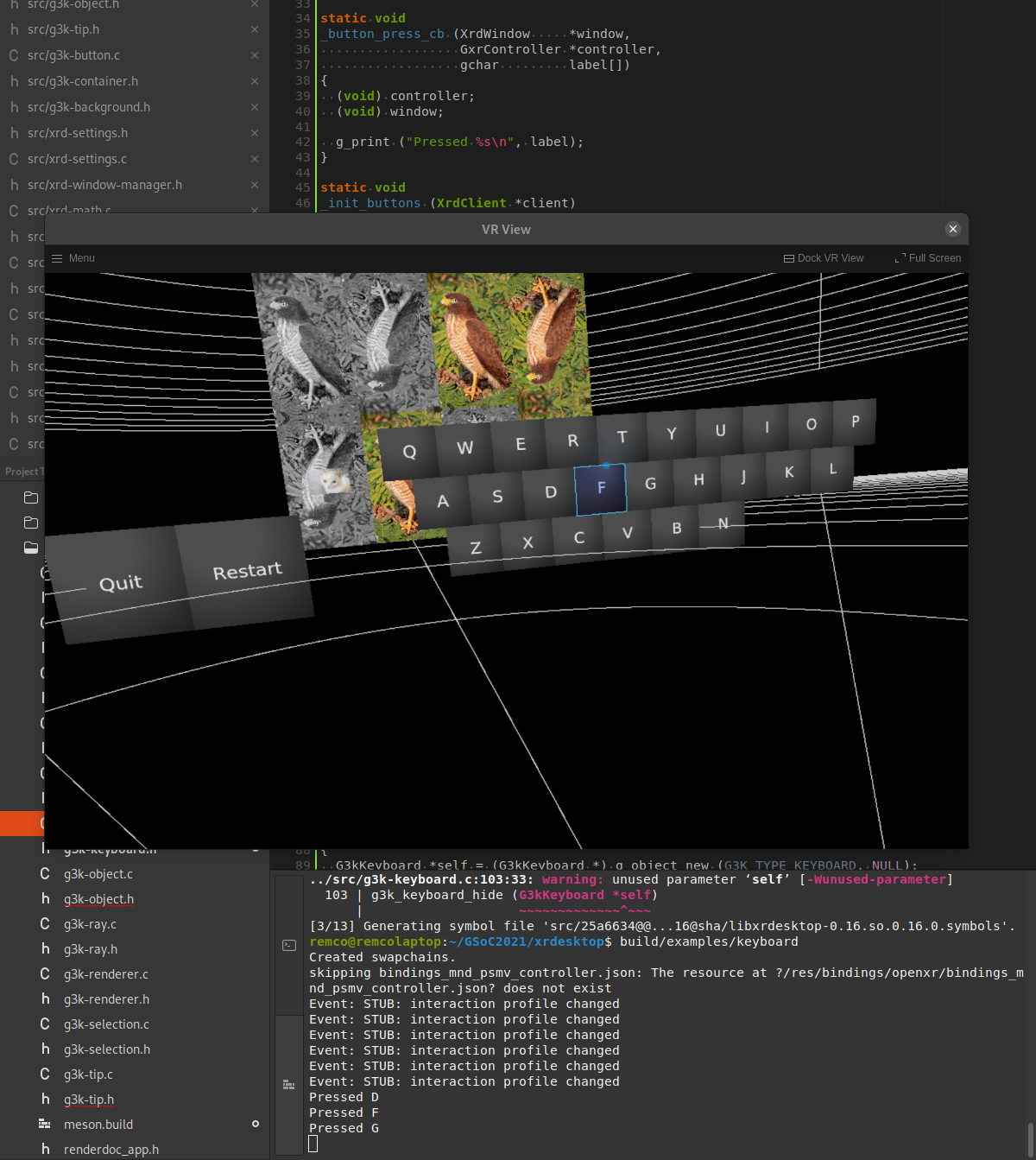